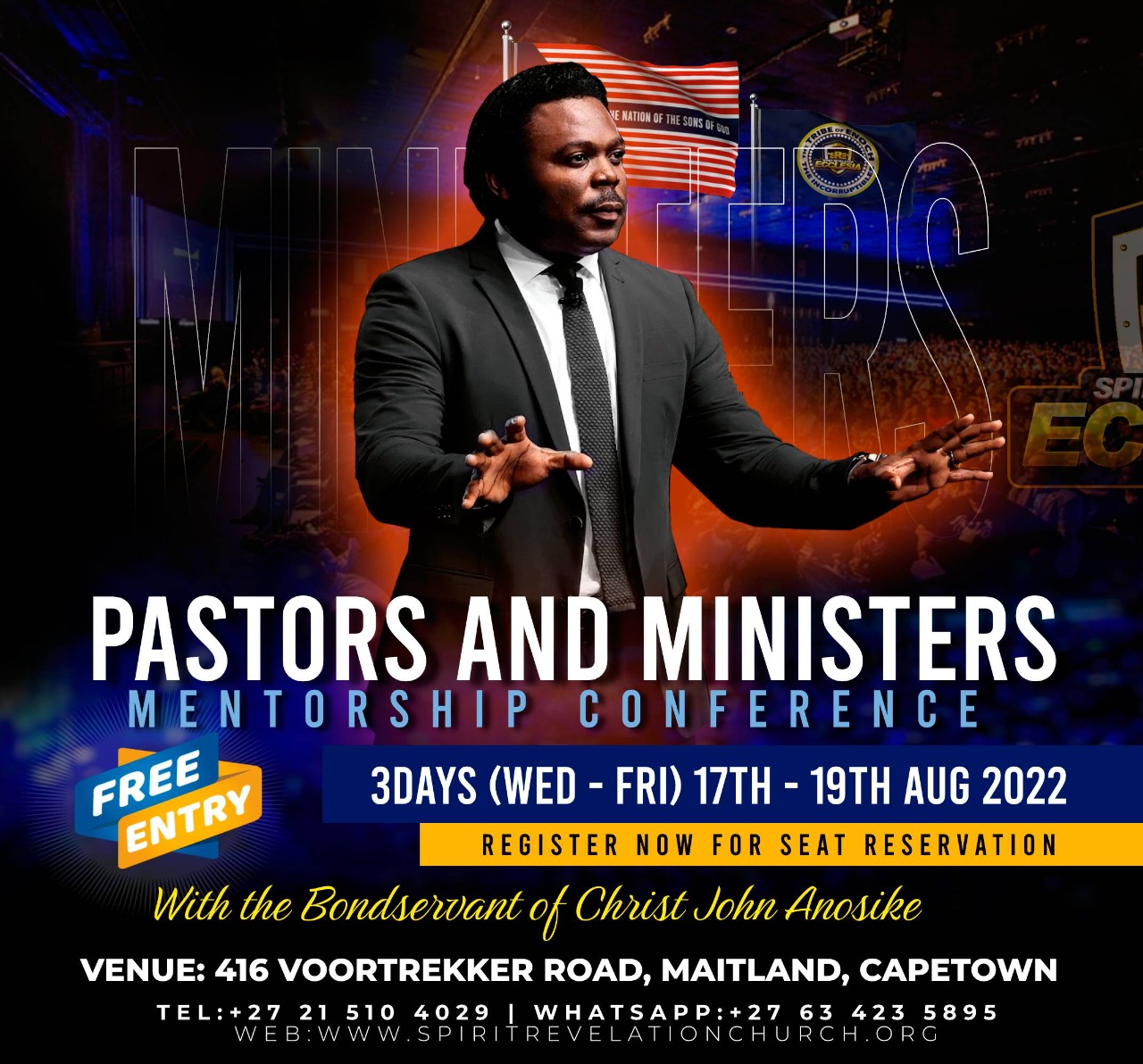 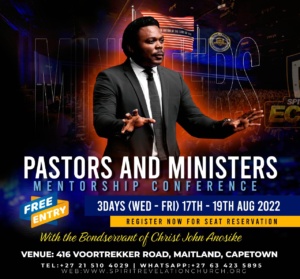 Empowering ministers with the LATTER RAIN mandate with the voice of the last Trump saying; come up Hither unto the REALM where all the FULLNESS of God resides to seize the INHERITANCE into the BODILY dimension, to REDEEM the groaning CREATION and prepare the ‘WAY’ for the glorious appearance of our Lord Jesus Christ.

God has commissioned The BondServant of Christ John Anosike to raise a new generation of ministers on a global scale who will by revelation activate the realm of Sonship and the Supernatural, selflessly leading their flock and fold into ‘Spiritual Independence’ with the ‘domino-effect’ of corporately moving the Body of Christ into ‘The Unity of The Faith’, precipitating the final culmination of the ministry of the ‘Five-fold’.

The last episode of SRE Pastors and Ministers’ conference was hosted on the 14th of November 2015 at the Cape Town International Conference Centre (CTICC). The conference was a huge success and thousands of ministers from all over the world gathered to be impacted.

We are calling on every Pastor, Bishop, Minister and Church leader, to register for this upcoming conference below:

Worship with us every week